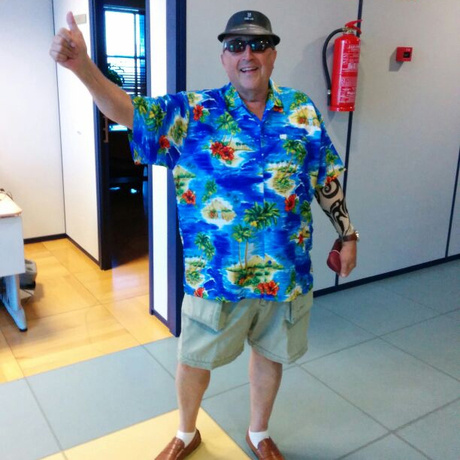 Javier Martinez started his career at Hidral in the year 2001 or thereabouts as Director of the Sales Department with one aim: to develop the whole internationalisation process of the company.

Today, after more than 13 years of intensive work and at the age of 66, Javier retires with the satisfaction of having achieved that Hidral is operating in more than 50 countries, with a factory in Indaiatuba (Brazil), a sales office in Moscow (Russia) as well as the latest project it is involved in: its launch in the American market with the establishment of our headquarters in South Carolina (USA).

We at Hidral want to thank him for his great job heading the Sales Department during all those years, since both his work and his skills in direct contact with people have been key for Hidral to be currently acknowledged as one of the leading manufacturers in the industry both on a national and on an international level.

Last Friday 23 May, we organised his goodbye party, whereas he, as he could not help it and had already warned us some time ago, popped by dressed up like that to run a boules game in the office vicinity and, thus, say goodbye with the humour that characterises him.

Javier, we wish you all the best for your new stage!